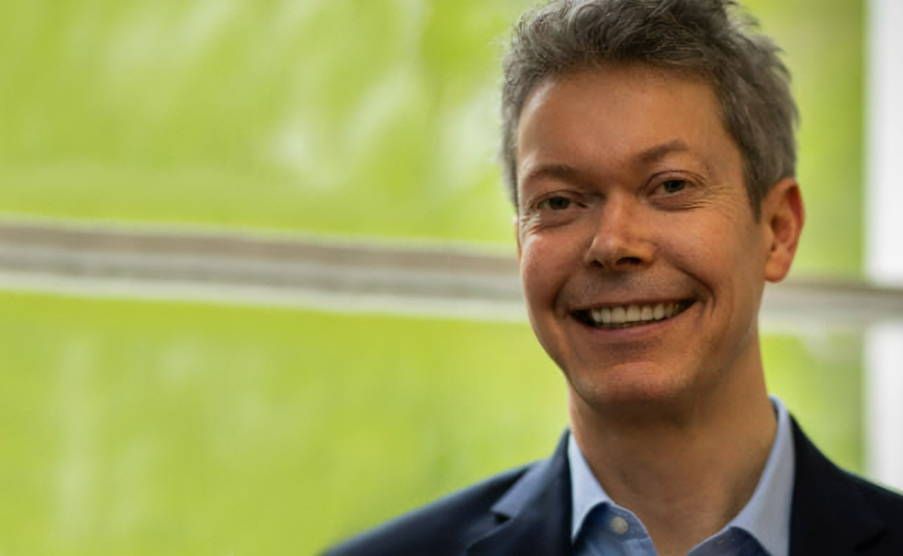 A Conversation with Sean Kennedy

Sean has been involved with Speakers Trust since 2005, he was instrumental in setting up the “Speak Out” Challenge and later became our chair of trustees. Sean stepped down as chair 4 years ago, but continues to support Speakers Trust’s work as an ambassador and supporter.

We are so grateful for his continued support, advice and time giving this interview. We asked Sean some questions about his journey with Speakers Trust.

“…I was just very nervous and quite a shy speaker. And I did a speech, which was a bit of a disaster. So, I decided I needed some emergency help before I did another one.” Sean Kennedy recalls, on how he got involved with Speakers Trust. This is when Sean met Speakers Trust’s founder Sue Warner, who had just started a small public speaking programme in Islington to improve public speaking skills in the third sector.

After a few public speaking sessions, Sue said to him “We have assessed you now and you’re a qualified trainer [for Speakers Trust].” “Oh, really? I didn’t even know you were doing that.” Sean responded. (The process of qualifying as a trainer has become more challenging since then!) Speakers Trust has gone through a lot of changes over the last 18 years, which Sean described as evolution rather than revolution. With a growing team, Speakers Trust refined their work by professionalising and tailoring their training to young people’s needs.

The next step in developing the “Speak Out” Challenge! programme was when Sue and Sean met with Andrew Billington, CEO of the Jack Petchey Foundation at the time. “Jack (Petchey) was very, very much about personal development. We met Andrew and developed a concept for a programme together. It started out in nine boroughs in East London.” Since then, and thanks to the Jack Petchey Foundation continuous support and generosity the “Speak Out” Challenge! grew from a small project in nine London boroughs, to cover all boroughs of London and regions of Essex.

Speakers Trust’s work continues to grow, covering several other regions across England, specialised PRU programmes and two Environmental Action programmes, one across United Kingdom and one global one! We now reach over 20,000 students every year giving young people the skills and opportunity to speak out on a subject important to them. For all these young people Sean’s best advice is: Stay curious! “It’s about continuously working on yourself. It’s not new advice, but I think people now are quite lucky to have such a variety of podcasts and videos showing development gurus coming up with great techniques and ideas for how you can be you can be better… Just please stay curious!”

Through this continuous growth, Speakers Trust managed to reach almost half a million young people over the past two decades. Back when celebrating a quarter of a million young people being trained, Sean recalls being together with John Bercow, then speaker of the House of Commons. “He had a very high profile and a very loud voice. We were all gathered in his private chambers, and he was talking about, the wonderful benefits of public speaking. And then his children came down the stairs and they were all in their pajamas. And there was his wife, they sat down, they listened. It was a really intimate little moment.” Moments like these, together with our first “Speak Out” Challenge! Final or our first fundraising dinner were milestones along the way that advanced Speakers Trust from a basement project into a national one Sean explains.

All these milestones were vital in creating the ample programme the “Speak Out” Challenge! is today that empowers young people and facilitates social mobility. For Sean public speaking is an easily acquired life skill with a huge impact: “I’ve never met anyone, who has developed some ability in public speaking who hasn’t benefited from it… And my mantra is that the ability to be able to speak in public builds your confidence and that confidence leads to inclusion, and inclusion then leads to achievement. I think that’s the steppingstone. You feel better, and you have greater confidence, which encourages you to do more things. To take part in things that you might not have done before. From there, it leads to achievements. And that’s why I think it’s such a great skill. I also think it’s so important because it’s quite easy. It’s not like learning a language, it’s something that you can get better at reasonably quickly. It’s a fairly transferable skill at a low level.”

The benefits of the “Speak Out” Challenge! and making this into a national programme were only some of Sean’s aspirations: “I would like to see a UK national “Speak Out Challenge! first of all.” “Secondly, I’d like to see it televised, I think both of those are highly achievable because it’s a very visual thing. It’s young people talking about interesting subjects and great audience feedback.” His third ambition is more holistic and addresses the school system: “ I’d like to see a programme in the schools that complements what we’re doing…“ Although our impact studies show the clear benefits of our free one-day public speaking workshops, Sean advocates for a systemic change in which an interest in public speaking and communication becomes fuelled from a young age so that students can spread this interest across years and help it become a fundamental part of the school system. (Click here to see our impact studies.)

Practicing what he preaches, there are some go-to Speakers Trust tips that Sean still turns to frequently. “…the pause is such a key thing if you want to make a point. 2 to 3 seconds when you’re actually nailing your final point. I like that “aha -moment” that you’re hoping somebody will take away, or even just building up before a punchline in a joke. And I always count one, two, three… I literally count in my head. I think a really, really profound pause done well is huge. It shows huge confidence because most people just want to get it over with.” “The second one is preparation.” Quoting public speaking expert Bill Gove, Sean said: “If you want to speak on the stage without preparation, always wear a black suit because it would make it easier for them to bury you when you die on the stage…You need to prepare and prepare and prepare until the words are second nature.”

Some of Sean’s most memorable moments include the moving personal life stories that students have shared once they gathered the courage to speak up. Referring to one of the early years Sean recalls: “There was a young guy from Rwanda who we trained in a school way, way back, and he was very nervous. He was a refugee from Rwanda, and he wouldn’t speak, and I said to the teacher during the break, “Is there any chance he will speak?” And she said he was quite traumatised. You know he was a very quiet kid. Had only been here a year. So, we didn’t push him. Right at the end, he said, “I’ve decided I’d like to say something.” and he gave one of the most compelling speeches. He talked about going to the river to play on his own when he was only about four years old. His grandmother was looking after him at the time. They were around the village, and he heard lots of noise and he thought they were looking for him. So, he hid. He came back into the village about two or three hours later, and he went to pick up his grandmother who was lying on the ground. Then he went to try and lift her up. But her head… she had been decapitated. And every single member of his family, apart from one person, had been killed. I think it was his father who brought him to England. He finished off by saying: “you know, in Rwanda, we have. A saying, that when God goes to sleep, he puts his head down in Rwanda to sleep well.” But he said: “I don’t think God exists. If he does, he shouldn’t be able to sleep anymore.”

Thanks to our training we have provided almost half a million young people across the country with the confidence and skills to share their stories, and Sean has been there along the way helping us to get their voices heard. If you would like to find out how you too can support our work, please visit Support us – Speakers Trust.